“Though we didn’t know each other, we had been following each other for a long time. We met in 2010, at the Cité de la Musique in Paris while we we were doing a programme for the France Culture radio station on the poems of Ossip Mandelstam and Anna Akhmatova. We decide that we were both keen to work together again on Anna Akhmatova’s Requiem, a series of poems that she wrote on the terror under Stalin and immediately learned by heart to ensure that there would be no manuscript trace. An absolute crowning point of Russian poetry.
Sonia would play the 3rd suite for solo cello Op.87 by Benjamin Britten ; André would say and translate the poems.
The choice of Britten may appear strange at first sight. Deceptively so. The suite is inspired by Russian themes. Popular songs, orthodox songs…. The style, in turn, rasping, tender, lyrical, and polyphonic. The songs, deep and grave like the voice of Anna Akhmatova, will echo the Russian poetess’s powerful and dramatic Requiem.
For us, the aim will be to share, as far as possible, the terrible beauty of the language, simple yet demanding; to convey, by whatever means we can, the resistance of a whole people – because that is what the poems are about.”

ABOUT REQUIEM
“Over the years, wherever I found myself, I decided to set myself the challenge of doing a translation of a different kind : a translation with no text. I would go on stage and recite a few poems. Just say them, in Russian. Firstly, so that the audience could hear the language. That, in itself, is so much.

Then, I would improvise a translation, and, when I say improvise, I mean that there would be no written translation, and there would be none. Just an oral translation. A translation that is not a translation in the sense that a real translation is intended to replace a text by another one, but that is a narrative, here again improvised, on the meaning of each word, then on the rhythm, the meter, the sounds, the connotations, the quotations that I, as a reader of Russian, find there. The idea is, ultimately, to convey the idea that the text exists and to allow the audience to leave, not with words but with a halo, an aura — these are things that have been said, that have existed… and, perhaps, finally, to make it possible for a French audience, after an hour, to have the impression that they understand Russian, that the translation has become superfluous.
When I met Sonia Wieder-Atherton at an evening session on Russian poetry at the Cité de la Musique in Paris, I met someone who shared the passion that I felt, and who understood instinctively what I have just been saying about memory. We thought about how we could work together and came up with idea of proposing an evening around Anna Akhmatova’s Requiem.
What is The Requiem? Twelve poems and a preface in prose, written between 1935 and 1938, at the time when her husband was arrested, along with hundreds of thousands of other people. None of the poems was written down : they were composed by heart and entrusted to the memories of seven friends for safekeeping. Until 1962 (date at which Anna Akhmatova finally accepted to type and record the text), each of her friends, without knowing who else knew the poems, visited her regularly and recited them to ensure that she never forgot them.
Yet these are not personal poems : each poem is written with a different voice in a different meter, with a specific intonation, and, poem after poem, the result, on a musical level, is nothing less than an oratorio. It really is the voice of Russia.
There are, of course, translations, but let’s not go there…
We therefore got the idea of proposing an evening in which the Requiem poems would be recited in Russian and French, and not just spoken but echoed … Sonia answering them with her music. It was she who suggested Benjamin Britten’s Third Suite for Cello, Britten being, along with Shostakovich, one of the composers closest to Akhmatova. At this time of writing I have absolutely no idea how we are going to go about it. Even though it is planned for February at the Théâtre du Nord… All I know is that we are going to do it. That we want to do it — let the audience hear and feel not just the words but also the halo around them, the presence…
Here, I’d like to say something on a more personal level. I only saw my great-aunt cry once in my life. It was when she discovered the Requiem. I was twelve or thirteen at the time. I didn’t really understand. She had lived through the queues in the prisons and deportations, and all of that. In her youth (she was born in 1890), Anna Akhmatova was her idol. She went to hear every reading she got wind of. She had learned a lot of the early poems by heart. Yet, of course, she had never read the Requiem. I can still see her reading and re-reading the text when it was published by éditions de Minuit. Raising her face from the pages, her eyes red with tears, she said: Это ведь все правда … (Everything it says is true).” – André Markowicz. 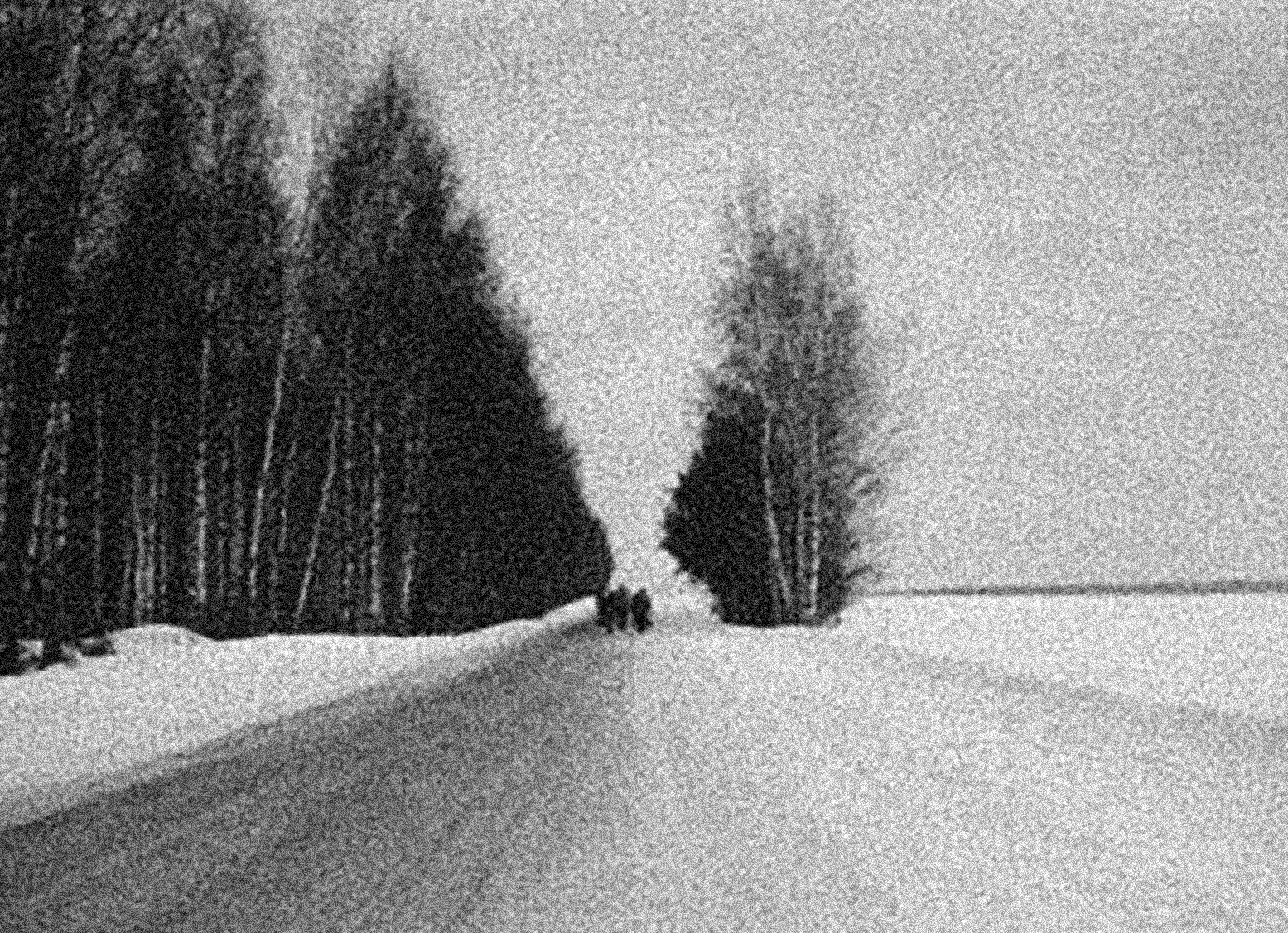