“This cycle of Jewish Songs is born of my research on traditional Hebrew music, a deeply rooted ancient music which has accompanied the Jewish people throughout centuries of wandering. I listened to the liturgical melodies from different sources and was mostly inspired by the art of singing of the Jewish cantors or Hazzans, in particular by their very expressive, but contained, interior way of singing. It is music in which the sacred and popular intermingle. Whether lighthearted or sad, slow or fast, prayer, popular song or dance, it is always shared, always intimate. It felt also as though I had always known this music, even before I was born. It was a very strange sensation. After this cycle, I wanted us to stay in a world of story telling and chose to go to South America with three composers : Salgan, Piazzolla and Montsalvatge. Here again stories were told for every meaningful event, but with a very different relationship to rhythm. A rhythm present in a cradle song, a ballad and of course in a tango. And finally, the extraordinary Britten sonata, written in 1961 that, for me, resonates in a very mysterious way with the rest of the program. It seems to continue the “Conversation” of the beginning of the evening, to be an answer to the “Élégie” and to end with a finale, where the very rhythmical ricochet bowing reminds us of the Salgan tango.”

Benjamin Britten, Sonata for cello and piano in C major

FOURTEEN STORIES (Excerpts)
Prayer
A tightrope walker climbs up on his wire.
He still carries with him the hubbub of daily life.
Little by little he pulls free from it and advances.
He sways to the left, straightens up, then sways to the right, and straightens up once again.
He pauses, advances a step or two, makes use of his pole, finds his balance.
He, the wire, and space are but one. It is a moment of unison.
The tightrope walker has created an area that is independent of measured time.
He hears the voices of those who are below, but also voices that he is alone to hear.
They crisscross and even chat between themselves.
All is fluid.
He hollows out every second that passes, but has no fear of his end. Since everything has come together. He advances. He has reached the other side.
He drops to the ground.
He has finished praying.

Nigun
I once read that Pushkin had invented the word ‘Niguna’ which he supposedly said described ‘Judeo-Slavic bliss’.
So this Judeo-Slavic bliss, what is it?
Could it be the little sigh before replying to the question ‘How are you doing?’.
Could it be the wave of the hand that can mean anything: ‘forget it’ or else ‘don’t worry, Everything will work out’.
Could it be that same passion invested in discussing a detail of everyday life as in arguing metaphysical issues? And to conclude by a humorous story at the most unexpected moment?
Could it be a way of replying to a question by another question, and no doubt, one day, even though it be in a whisper, the question, ‘What is it to be a Jew?’.

Psalmody
To chant is the art of organizing time.
To organize time by choosing anchor points.
It is knowing how to accent a phrase. It is the story that one explores, that one tells between the anchor points which are there for you to catch your breath, pause, and set off again.
Psalmody is in the words, in the inhalation between phrases, in the grand fluid arcs that crest to a trance-like state only to break like waves on the sand, content to have left the void behind them like a tightrope walker after a crossing.
It is perhaps that which inspired me the most with certain cantors. That art. The art of taking flight.
Which leads me to speak about rubato. How can words express what rubato means, a sense of liberty in the telling but this time within a strict tempo?
Bending a phrase towards the next beat, only to arrive just ‘on time’.
Or on the contrary choosing the perfect regularity of an arc traced on paper.
Tempos are like a pulse. Like a heart that beats. Certain strokes are anchor points on which one leans, physically. It is vertical time. Then carried away by a phrase, you rise above the next beats, like the hull of a boat that skids on the waves only brushing against the crests. That is horizontal time. The tempo is then forgotten, though it remains a muted punctuation, until another anchor point on which the phrase depends comes into sight several waves further on.
Between two anchor points there always exist unexplored configurations.

Conversation
Or the importance of dialogue, of dialogue with others.
Dialogue with someone who confronts me, someone who unsettles me, someone who shows me.
Another way of seeing things, someone whose tale will join up with mine.
Someone who will cause me to go off course (because he or she has no knowledge of my course) so that, perhaps, I will find it broadened on my return.
Someone who will never let the force of habit take over unobtrusively.
Someone who will make sure that I am sufficiently amazed. It’s a question of rhythm, of a going back and forth as between two chess players seated face to face.
The Russian version of this dialogue is a saying : ‘Better lose to a great intellect than win against a fool’. The Russians always find a way to put things in a few words.

Elegy
When I pronounce the word ‘elegy’ images come to mind.
I think of long still film shots.
I see Eastern European Jews who have emigrated to the United States. They have been settled on a waste land, in New York, and are seated at tables or standing ; they are facing us. I hear the story told by the sister who has lost her brother in the camps, yet thinks she glimpses him around every corner.
I listen to the eighty-five year old man who ends a song in Yiddish with a piercing, fragile, crystalline note, pointing his hand to the stars as if wanted his last note to reach them.
I see that other man who is looking for Stanton Street, and despite the attempts of all those around him to explain how to get there, the conclusion is that there exists no way to go to Stanton Street. 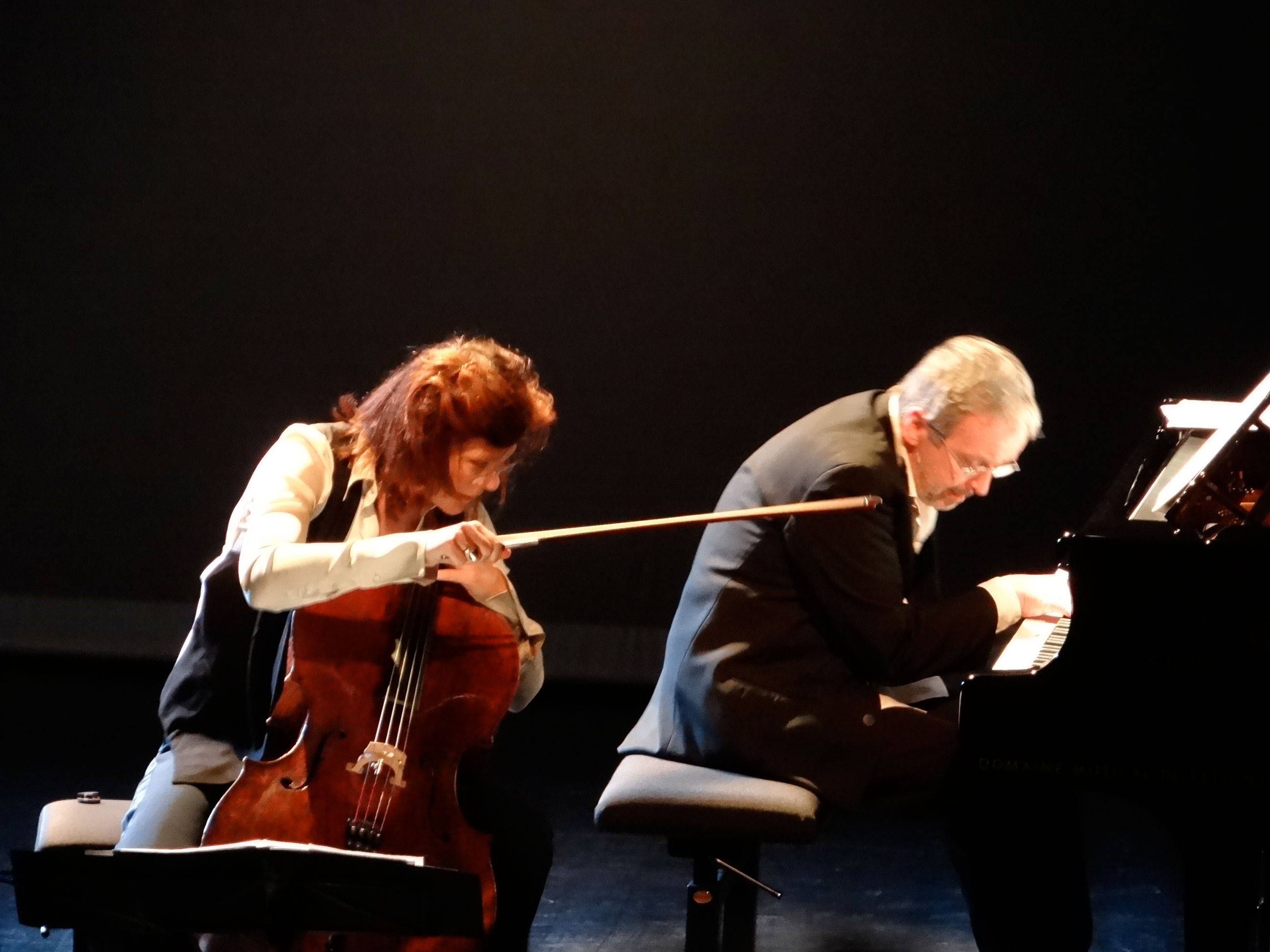 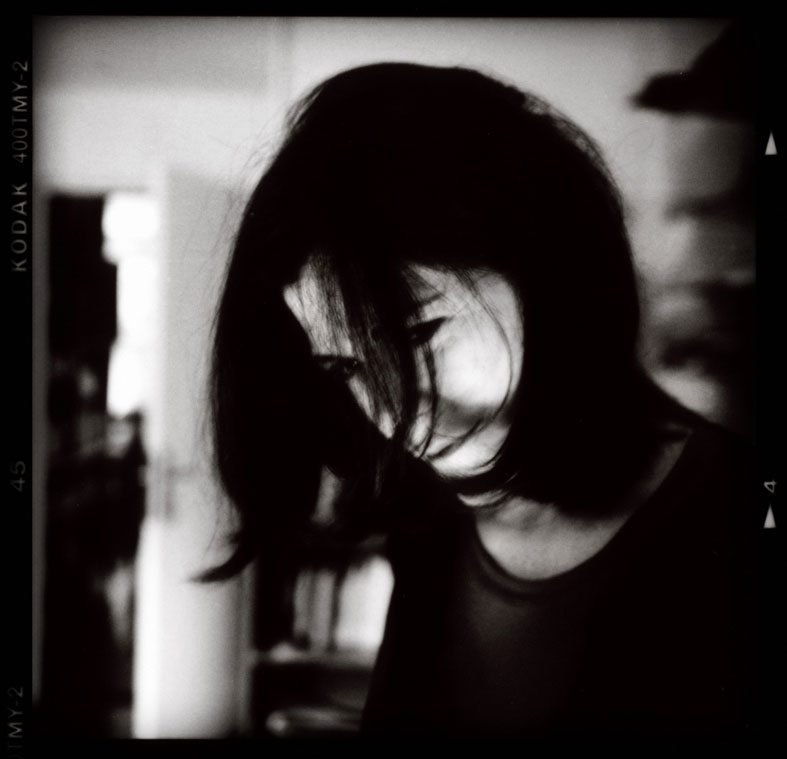