“Throughout history and all over the world, oppressed peoples have fled.
Driven by war, famine, extremism, by the murderous folly of man.
Chased from their homes, displaced, led, torn away from their lives. Be they from Asia, Africa, Europe or the Americas.
Be they refugees from History or broken by the events that we call news. They have returned, they have spoken, they have written.
These words have reached us, these tongues have survived the passage of time and oblivion.
The Exile project came into being because I felt the desire, maybe even the need, to find myself face to face with these seldom uttered words.
The need to hear them and give them a chance to be heard.
To discover how in certain forests, migrant communities organize to form themselves into a people ready to receive the word of law.
To hear the narrative of the 12-year old Cassius, who escaped the genocide in Rwanda, and the words of Rithy Pahn, in search of a missing image that disappeared somewhere in Cambodia.
Charlotte Delbo’s cry : Why? Why? Because this is all inexplicable.
And, several years later, that of Maya Angelou, the Antigone of modern times.
I needed to hear the extraordinary language of the narrative of the Lady of Qin, a poem telling the story of a woman, victim of a bloody revolt in 5th century China.
Lastly, to hear the Bible’s description of the wanderings of those who set out from Succoth and camped in Etham on the edge of the wilderness… Reaching out a hand to those who travel the deserts today. Then I imagined Galina Ustvolskaya’s great duo for cello and piano with its five movements that, like arrows of fire, would mark space and time.
It was then that I remembered the emotion I experienced for the first time when I saw the work of the young actor singers of the Compagnie Sans Père and Sarah Koné.
Hence my decision to entrust these texts to their voices, their stage presence, and their perception, so singular and so intense.
They who would never attempt to make believe that they could be the people they are representing yet who might be each one of them.
I wanted the voice of my cello to join their eight voices. Creating a choir of spoken, singing voices.
A way of giving support. Of continuing.” 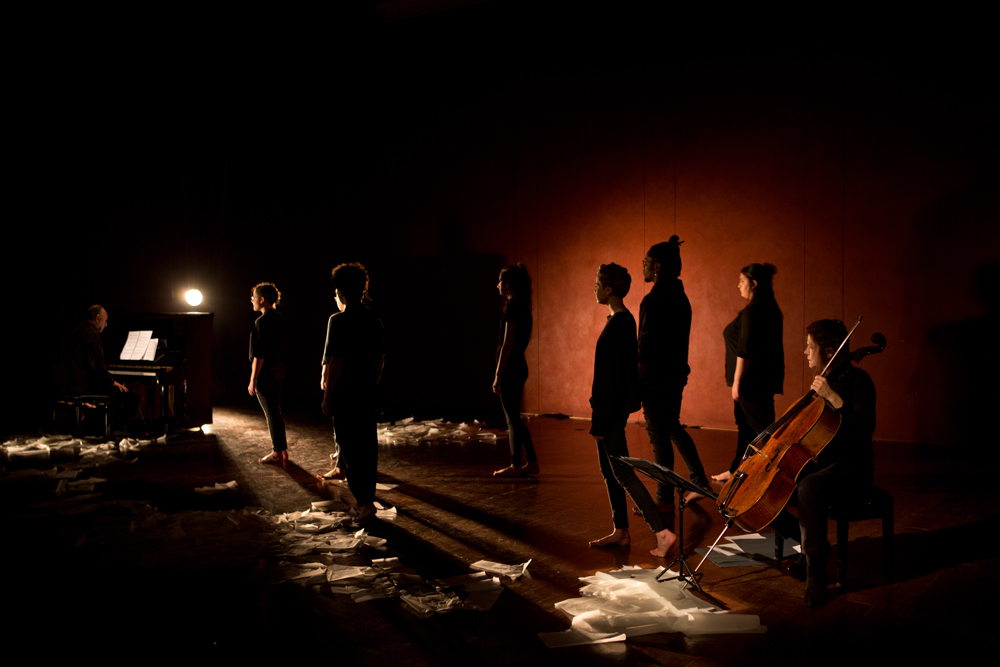 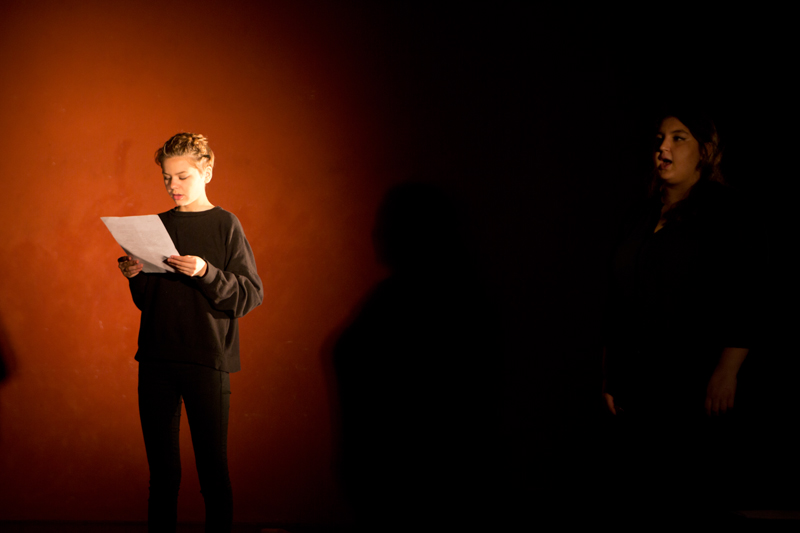