We spent a week in Montmajour Abbey. In the different spaces, I played. We listened to the acoustics carrying the phrases, marrying the timbres.

At the end of this research, each movement had found its own space… Then we settled down, and movement by movement, we recorded, right where the sound would later be broadcast.

For this work, the most dramatic of Bach’s six suites, Alain Français chose to reproduce a sound inhabited by the physical presence of the performer. Perhaps we could say, like a sound hologram, or like the imprint of my presence…. A sound that you can feel at the centre of by standing where I was sitting, or by turning around the speakers, but also by moving away, playing with the different acoustics of the place.

The hypnotic movement of Sarah Moon’s images will make the Sarabande, the centre of the Suite, submerge from the waves. Perhaps to remind us that there was a time when the abbey was surrounded by water…

It is to this freedom of listening that we invite you, as to a theatricalization of sound in which you will also be the actors. I have imagined this journey in 3 parts which will punctuate your visit to the Abbey. 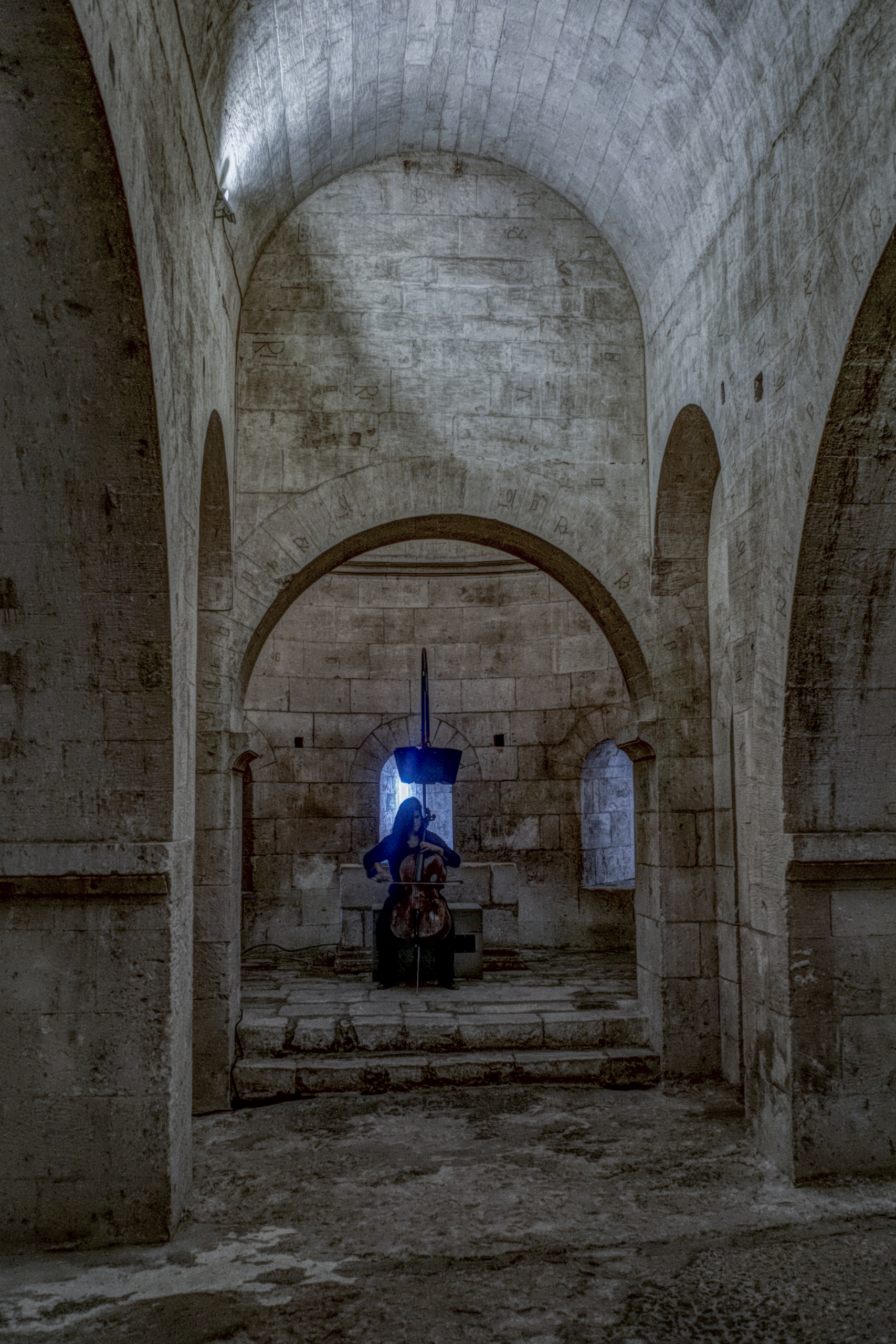 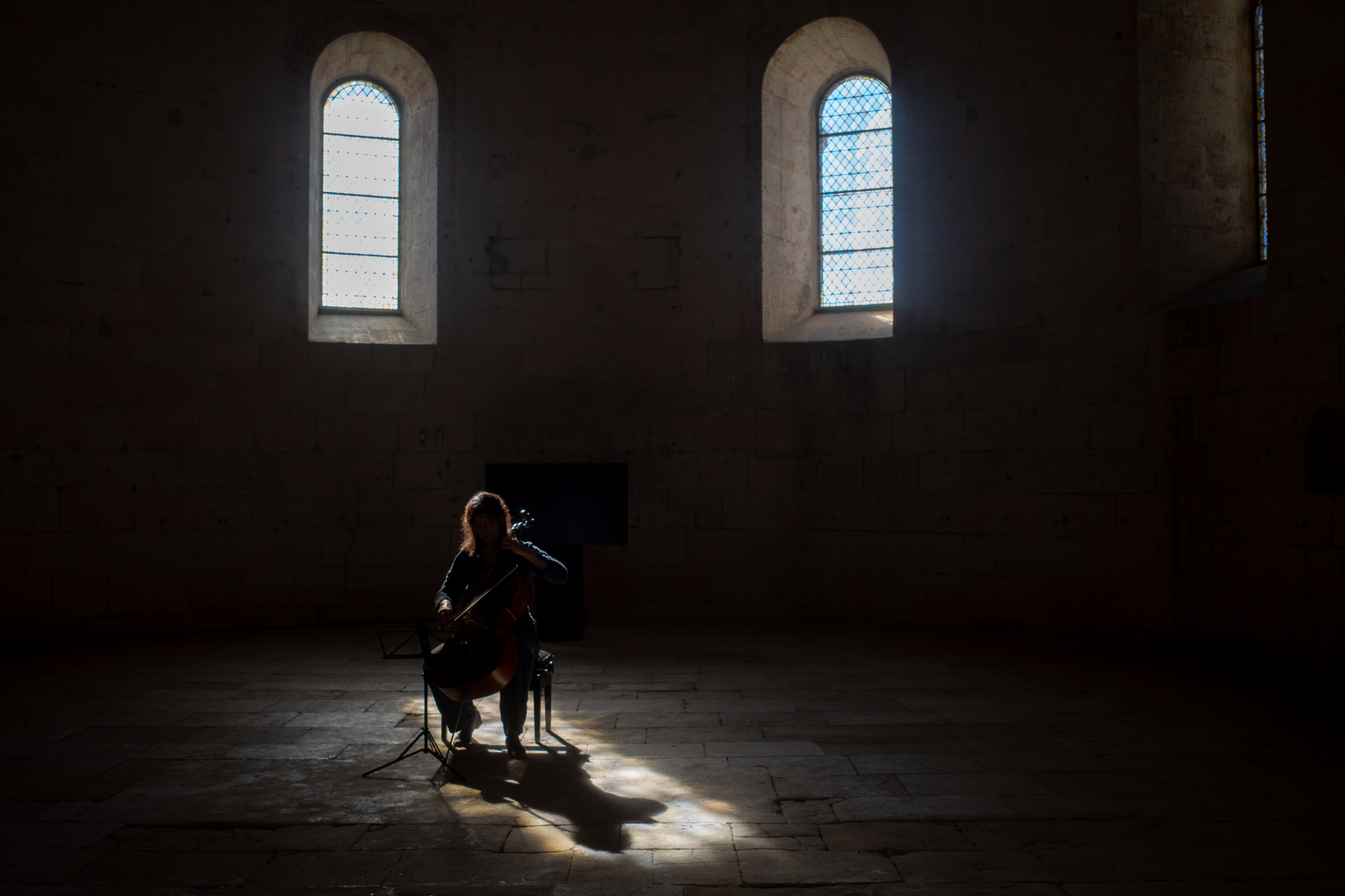 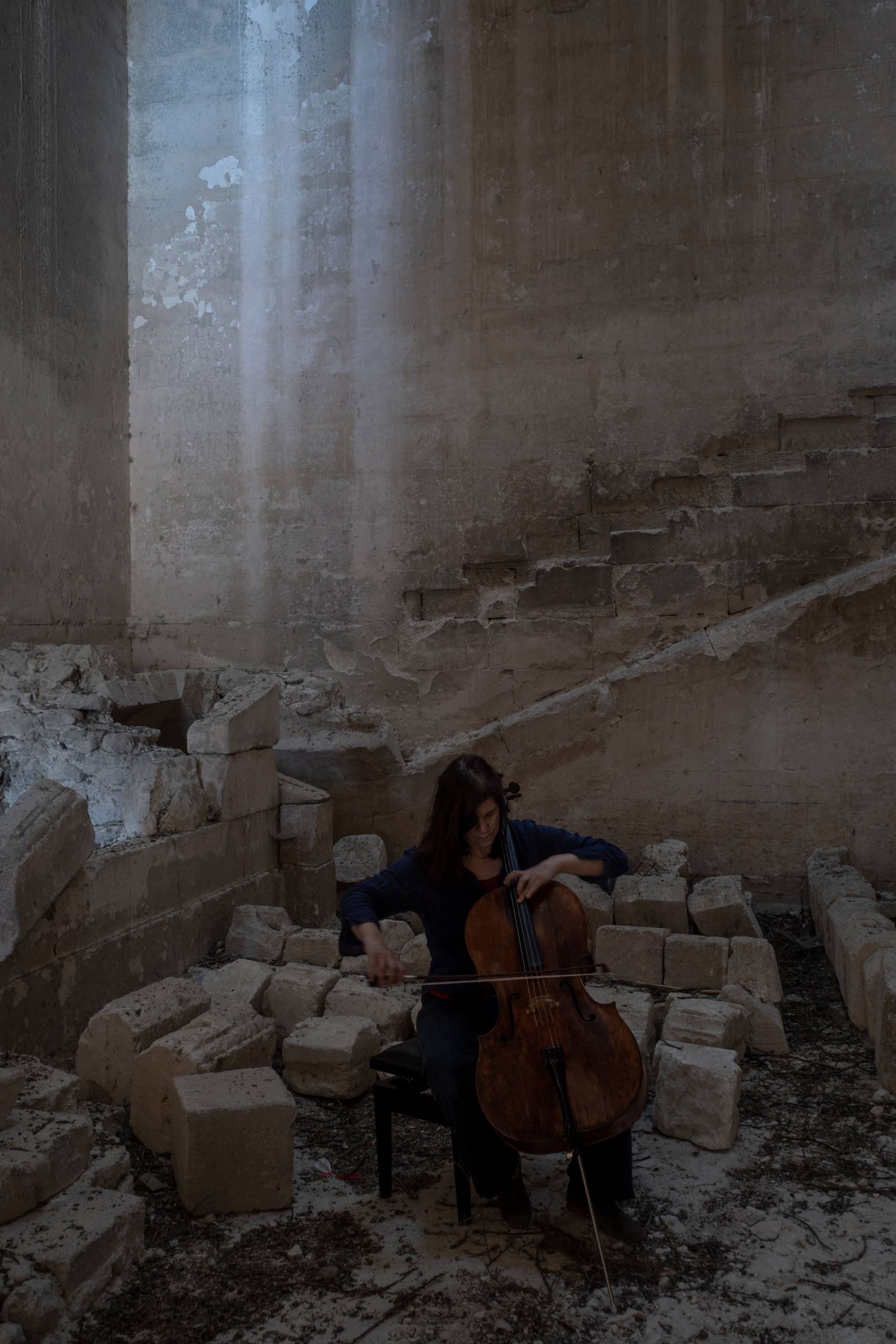 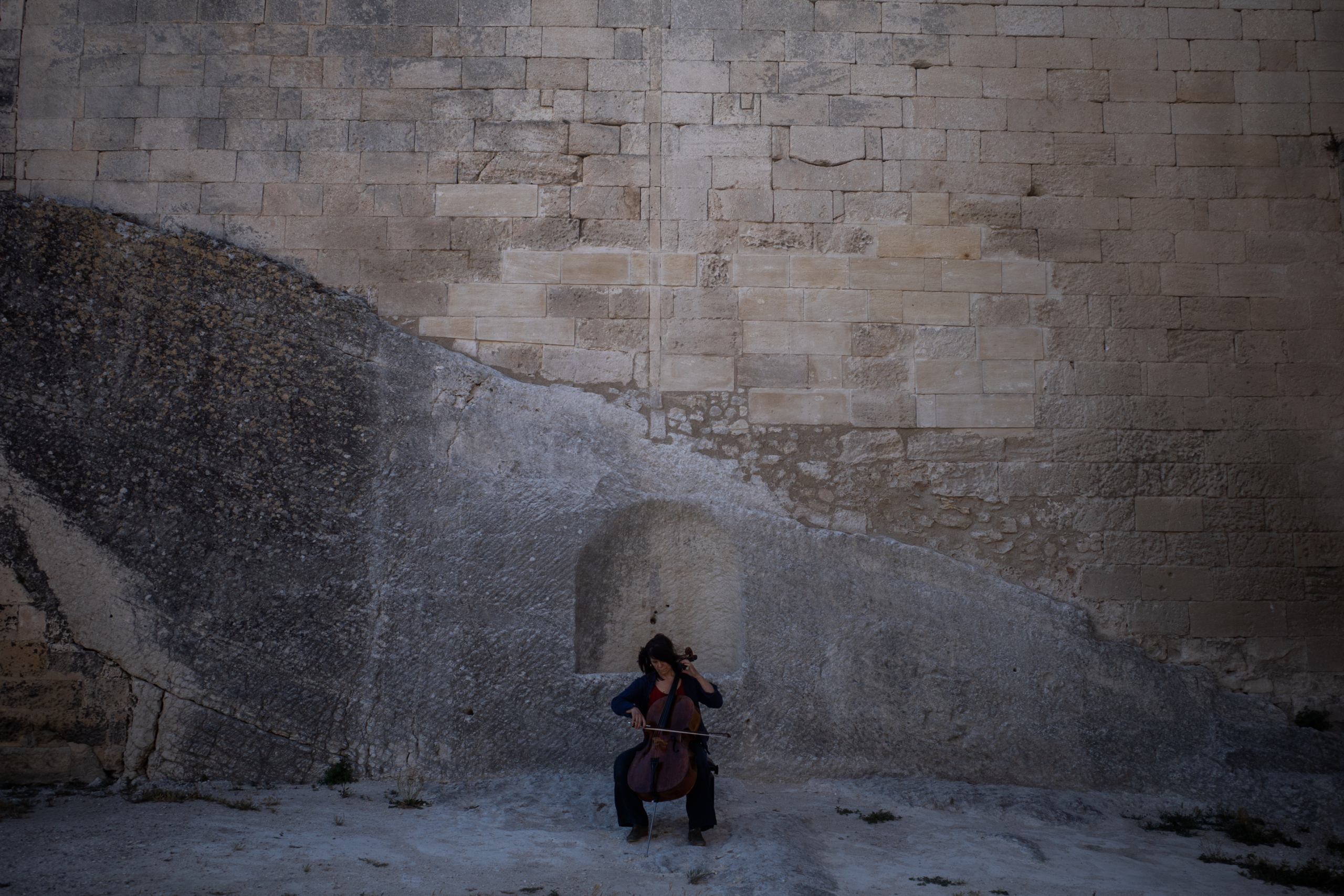